This is "Elsie" (many textile mill engines were named, often after members of the mill-owners family), a 180 IHP tandem-compound engine built by J & W McNaught Ltd of Rochdale in 1902 for the Barchant Spinning Company This is probably the most common design of "mill engine" with both the high and low-pressure cylinders on a common piston rod driving a single crank. Hundreds if not thousands of engines of this type were built by a large number of different makers and saw service mainly in weaving mills where one engine could drive up to 1000 looms. 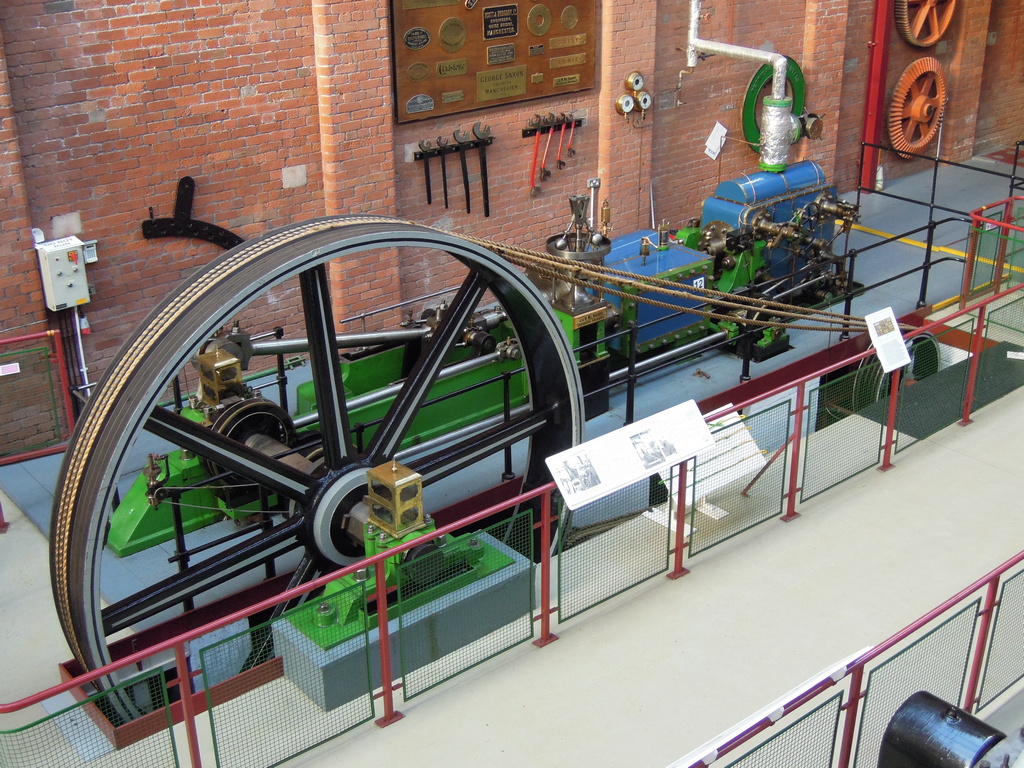 The cylinders are 13" (high pressure) and 24" (low pressure) with a stroke of 36" and the engine ran at 75 rpm. The 12ft flywheel weighs about 8 tons and is grooved for 8 cotton ropes of about 1.5 ins diameter. Rope drives were almost always used in the textile industry after about 1880 to transmit power from the engine into the mill since they proved to be both quiet and long-lasting. 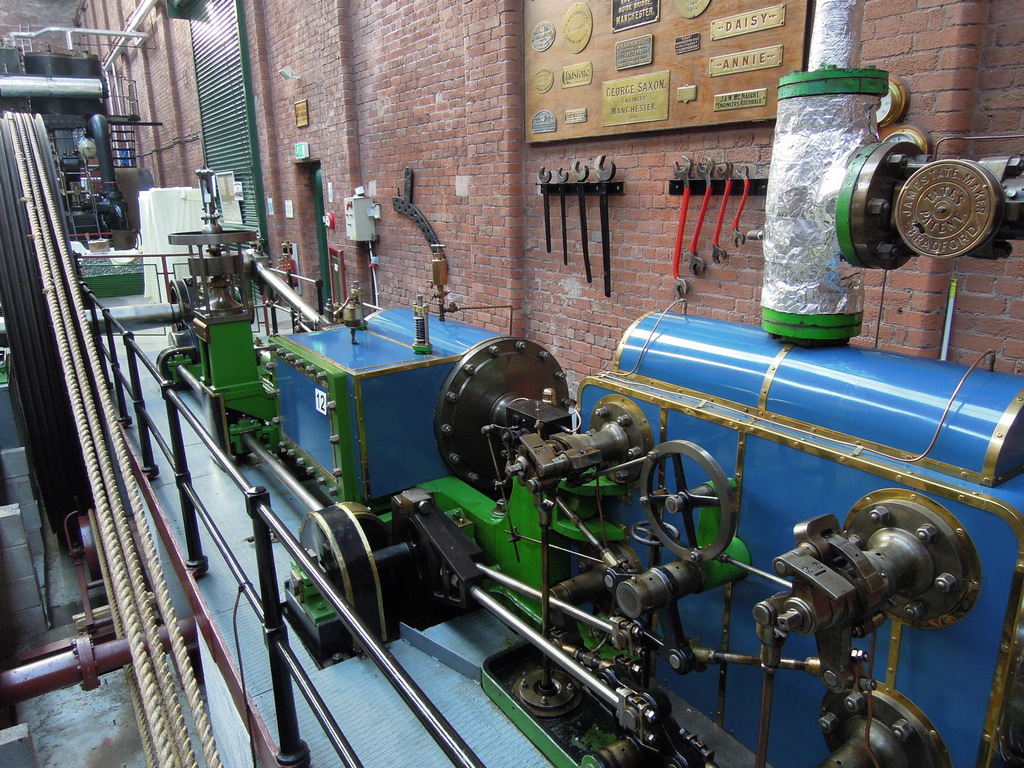 The high-pressure cylinder also exhibits an almost universal feature of textile mill engines - Corliss valve-gear. This uses semi-rotary valves with a quick-release mechanism, the point of tripping (a very rapid closing of the valve), being controlled by the governor. The greater the power required, the longer that the full boiler pressure was admitted to the cylinder before the inlet valve snapped shut, allowing the steam to work expansively for the rest of the stroke. Corliss trip-gear provided very steady and economic operation of the engine under varying load conditions and almost every engine-maker had their own patented design of release mechanism. 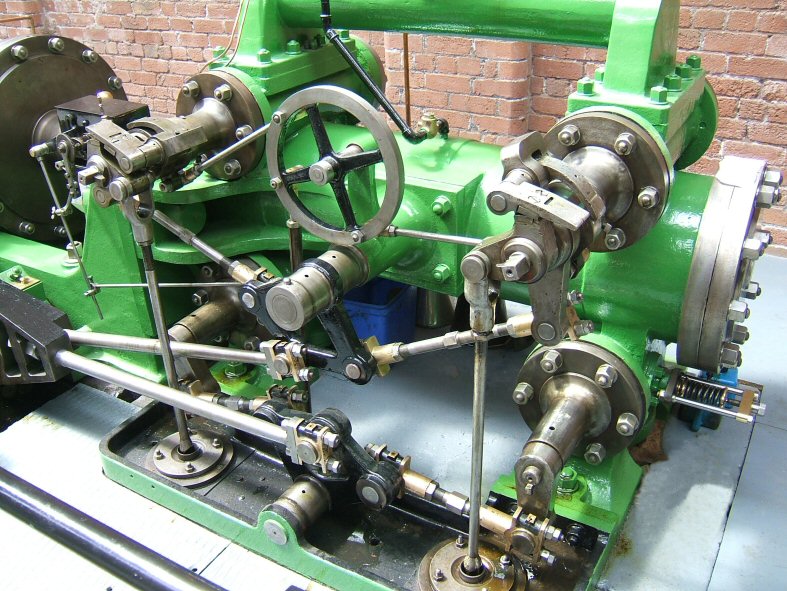 The engine is now in its fourth home. After serving the Barchant Spinning Co for 15 years, it was moved to the Wasp Mill in Wardle, near Rochdale in 1917 and remained in service until 1967 when it was acquired by the Society. It was previously rebuilt in the Society's first museum and then moved again in 1992 !

The condenser and air pump have been installed in their correct position underneath the engine, but since there is no large supply of cooling water at the museum, the engine will not be able to run condensing.