Beam engines were the earliest form of stationary steam engine and this is certainly the oldest engine in the Society's collection, believed to date from about 1840.

This is a now rare example of a twin-cylinder layout with cranks set at 90 degrees to give a smoother drive to the crankshaft than could be achieved with a single cylinder and beam alone. The engine was rebuilt in about 1893 with a new high-pressure cylinder and worked until 1953, lying derelict until 1967 when the Society acquired it from the Crossfield Mill at Wardle near Rochdale. The maker is unknown. 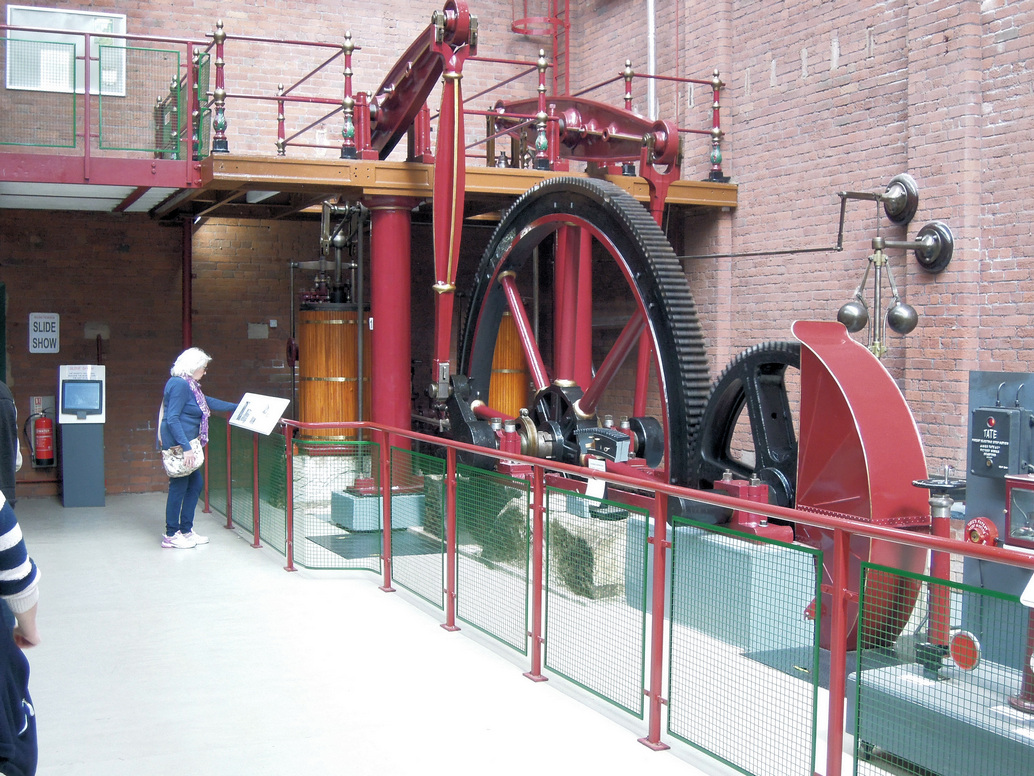 The cylinders are 12" and 20" diameter and the stroke is 3ft 6ins with the piston rods guided vertically by that most fascinating of linkages - Watt's parallel motion. When adjusted correctly, this constrains the piston rod to move vertically to within +/- 0.004 ins over its 42ins stroke - without any machined surfaces.

The cast-iron beams are linked by one cast-iron (cruciform section) and one wrought-iron (round section) connecting-rod to each crank. The large cast-iron beams supporting the upper chamber were originally built into the stone walls of the engine-house to give the whole engine some stability. Hence this design was often referred to as a "house-built" engine. 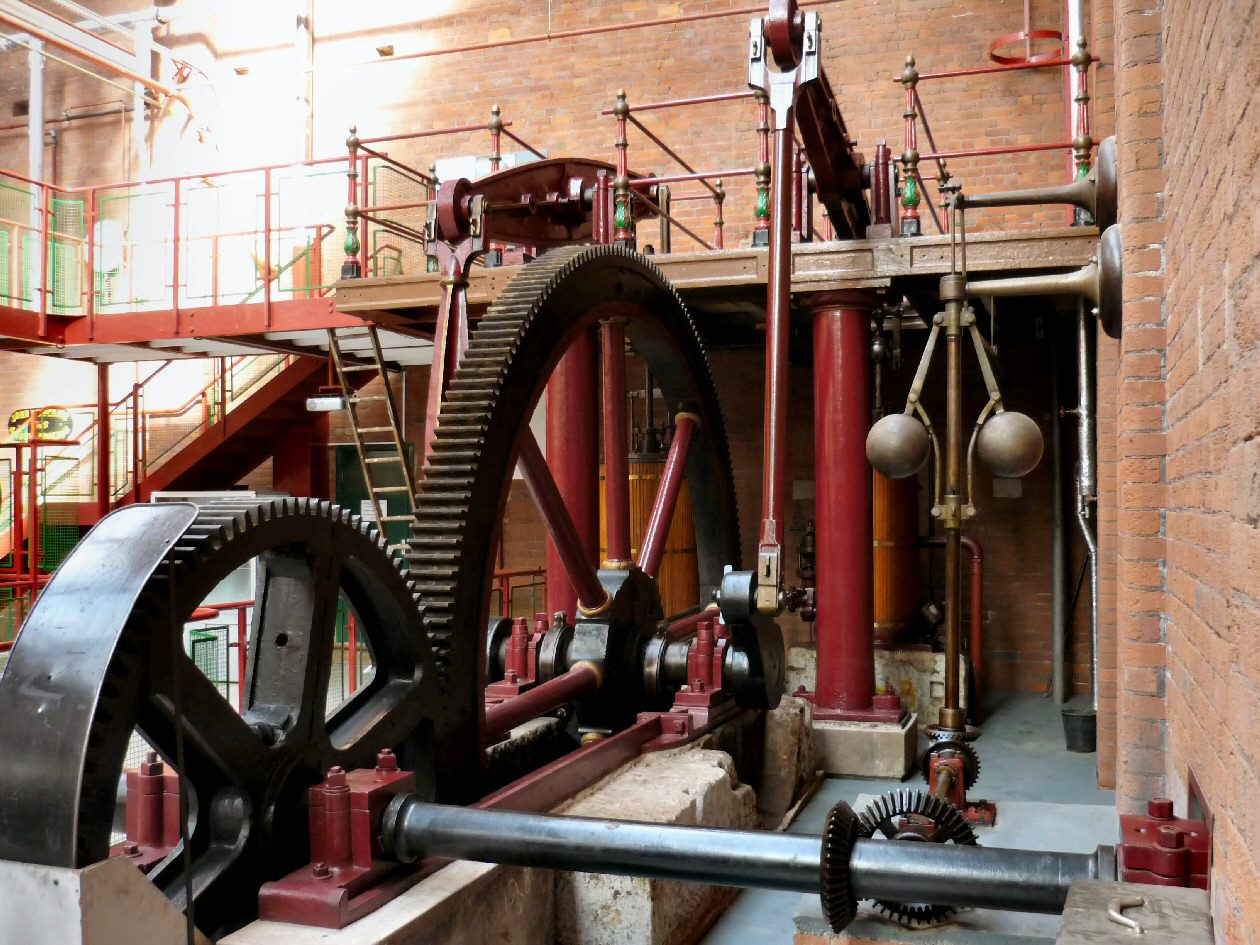 The 12 ton 14ft diameter flywheel is made of eight separate spokes and heavy rim sections, all keyed and cottered together without a single nut or bolt. The gear drive to the smaller wheel (on the "second-motion" shaft) was traditional on engines of this age and drove the mill machinery through a system of shafts, bevel gears and flat leather belts. 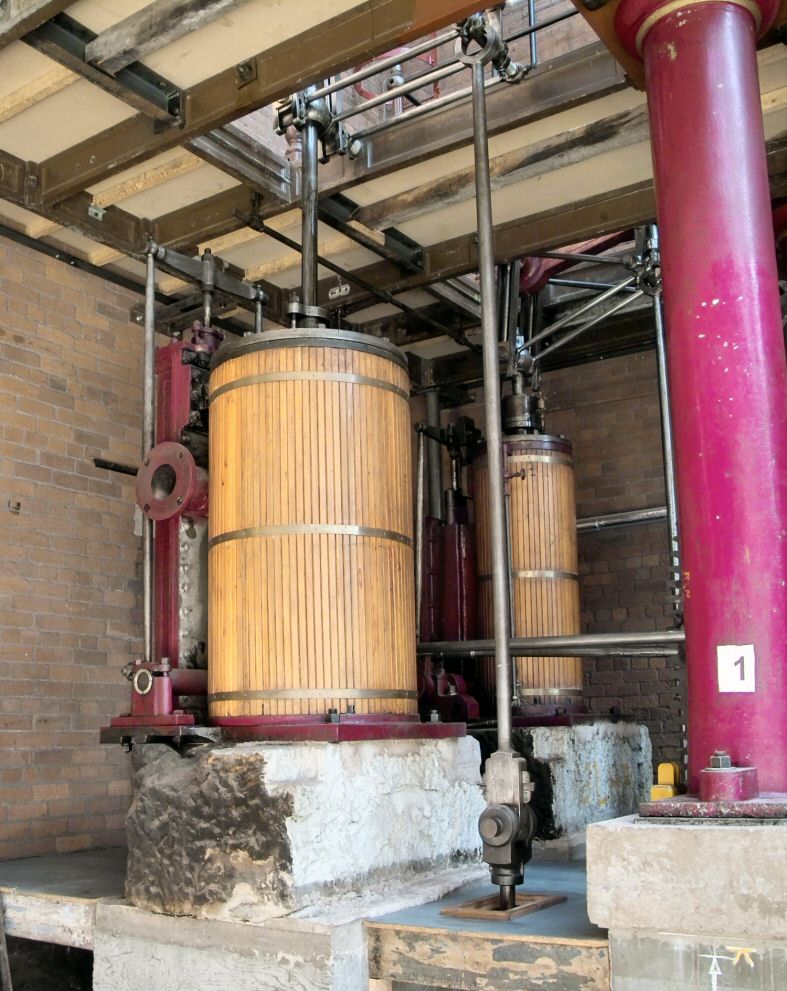 The engine as originally built probably produced less than 30 horse-power at 40 rpm, using steam at 10 lbs/sq in. It is fitted with a very simple Watt-type governor controlling the engine speed via a throttle valve on the steam supply.