This is a vertical cross-compound engine and is believed to be the only survivor of the type in the UK. 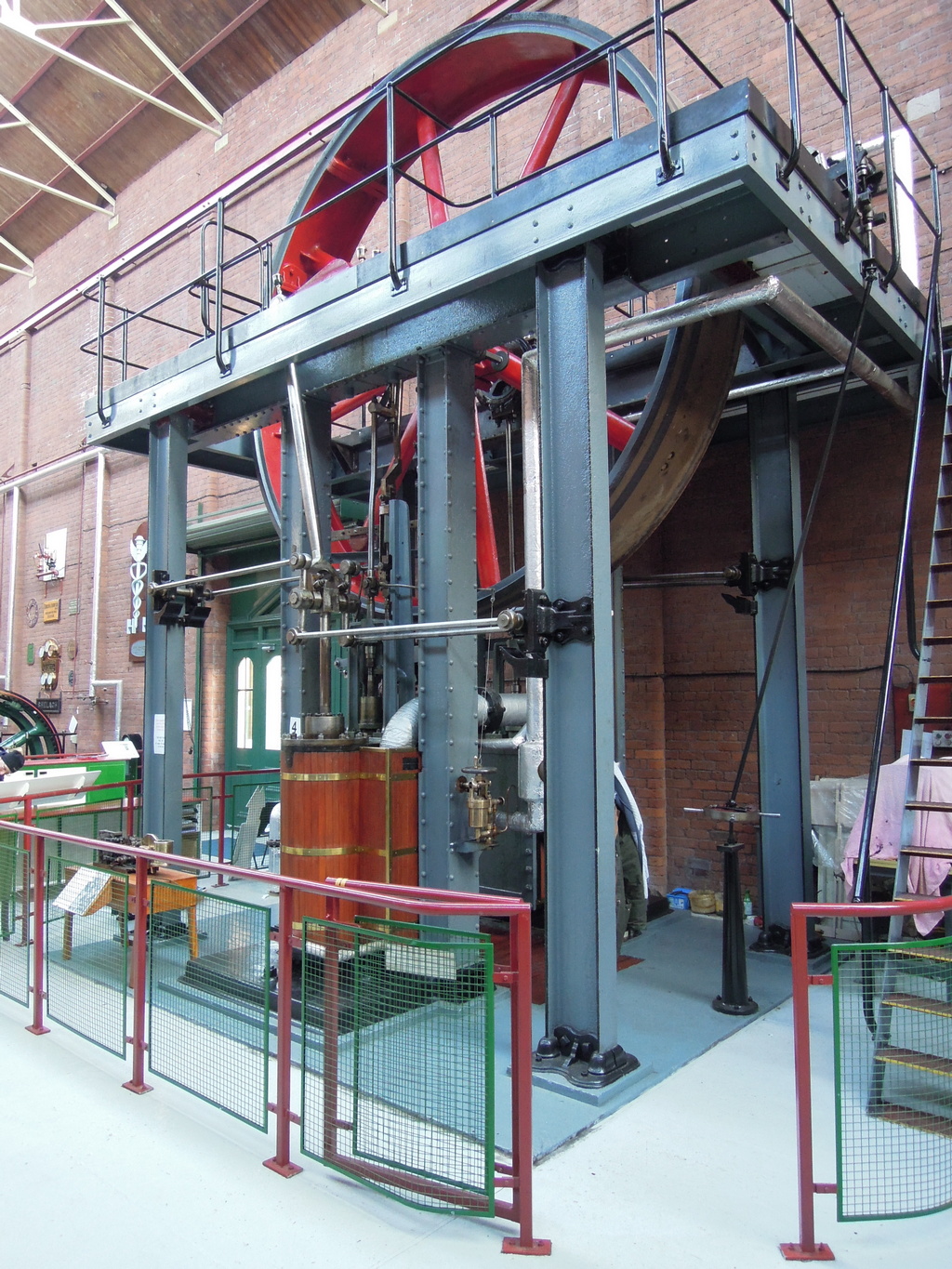 It was removed by the Society in 1977 from Messrs Jonas Kenyon's Dearneside Mills in Denby Dale, near Huddersfield when the company closed down. The original intention was to rebuild it in Yorkshire but for various reasons this never happened and the parts of the engine lay in various fields for 30 years. Eventually, when it was finally threatened with imminent scrapping, we brought it to Bolton in 2008

The original engine-maker is unknown, but we do know that it was rebuilt from earlier parts and installed at Dearneside Mills in about 1900 with the assistance of James Lumb & Sons of Elland, who were better known as makers of steam engine governors, recorders and other accessories. 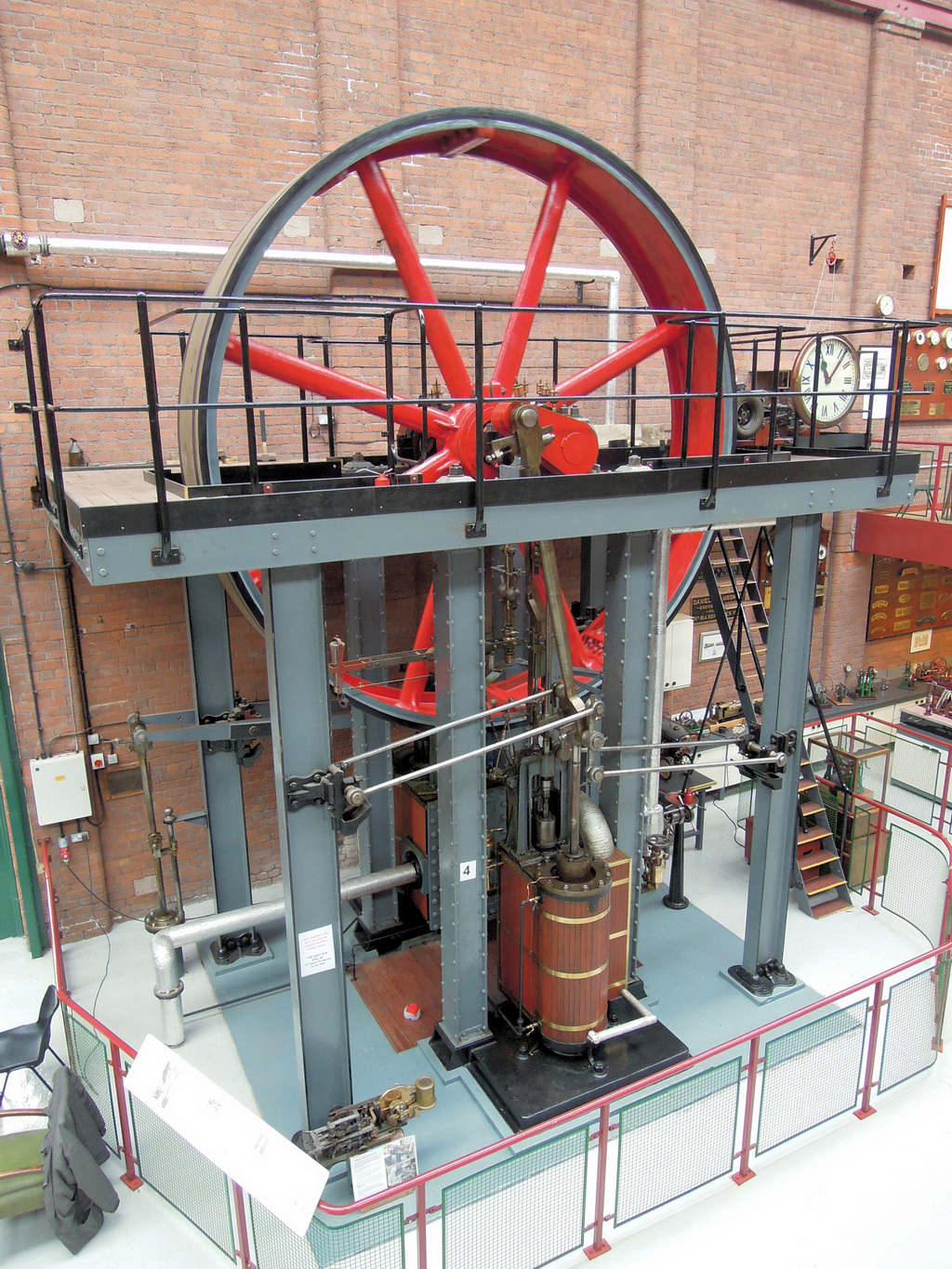 It has a number of unusual features, including a special "trip gear", patented by James Lumb in 1892, operating a supplementary slide valve on the high-pressure cylinder.

Inside the valve-chest of the high-pressure cylinder during restoration.One of the supplementary valves is shown arrowed.

The use of a supplementary valve riding on the back of the main slide valve was quite common on slide-valve engines in order try to improve the part- load economy by varying the point in the stroke when the supply of steam from the boiler was closed off.

The most common type was possibly the "Meyer" valve which was driven by a separate eccentric that moved the extra valve out-of-phase with the main valve. However, James Lumb's patent took this idea a stage further and incorporated a "trip" system that allowed the supplementary valve to snap back suddenly to close off the steam at a particular point in the stroke controlled by the governor.

Rapid valve closing was important in getting the best economy from an engine and in this respect it was very similar to the "Corliss" valve mechanism, widely used on many mill engines, especially in the textile industry.

The engine is also fitted with a series of long bars or links that force the piston rod to move vertically up and down in the cylinder, without the use of a machined cross-head. The original for this brilliant idea was invented by James Watt and can be seen on virtually every beam engine as "Watt's parallel motion". However this version was patented by Phineas Crowther in 1800 and was applied to many colliery winding engines in the North-East coalfield, but was not widely used elsewhere. The fact that this engine still retains this feature suggests that the original engine, before its rebuild in 1900, may have been quite old.

The two cylinders of 14" and 26" diameter drive two cranks set at 180 degrees on either side of a central 14ft diameter flywheel at high level. The stoke is 3ft. The steam is used twice (compound) and the engine drove the mill via two large leather belts running on the rim of the flywheel.