In order to turn the flywheel of an engine round to the most suitable position for starting or for maintenance purposes, small engines were 'barred' over with a lever by hand. For larger engines, small 'barring' engines were often fitted which were very heavily geared down to move the enormous flywheels perhaps weighing as much as 100 tons.

Although sometimes likened to the starter-motors of cars, this is not an accurate comparison. The barring engine only ever moves the flywheel at a snail's pace and the main engine is always started by admitting steam to the main cylinders when the cranks are in the right position.

Almost every engine-maker had their own, often patented, design of barring engine which had a mechanism to bring a small pinion into mesh with a set of gear-teeth on the flywheel of the main engine to turn it slowly when required. As soon as the main engine started to move quickly under its own power, all barring engines were designed to automatically disengage their drive to prevent damage. With an overall gear-ratio of perhaps 100:1, one can readily image the catastrophe that would ensue if the smaller engine remained engaged with the main flywheel doing 60rpm !

When a large engine was scrapped, often the only part that could realistically be preserved was the barring engine. The Society has a number of engines in the museum which used to fulfil this role.

This example is one of only two barring engines made by George Saxon Ltd, Openshaw, Manchester that has survived. Saxons were one of the major textile steam-engine builders in Lancashire and it is surprising, and a great pity - that none of their main engines have been preserved. 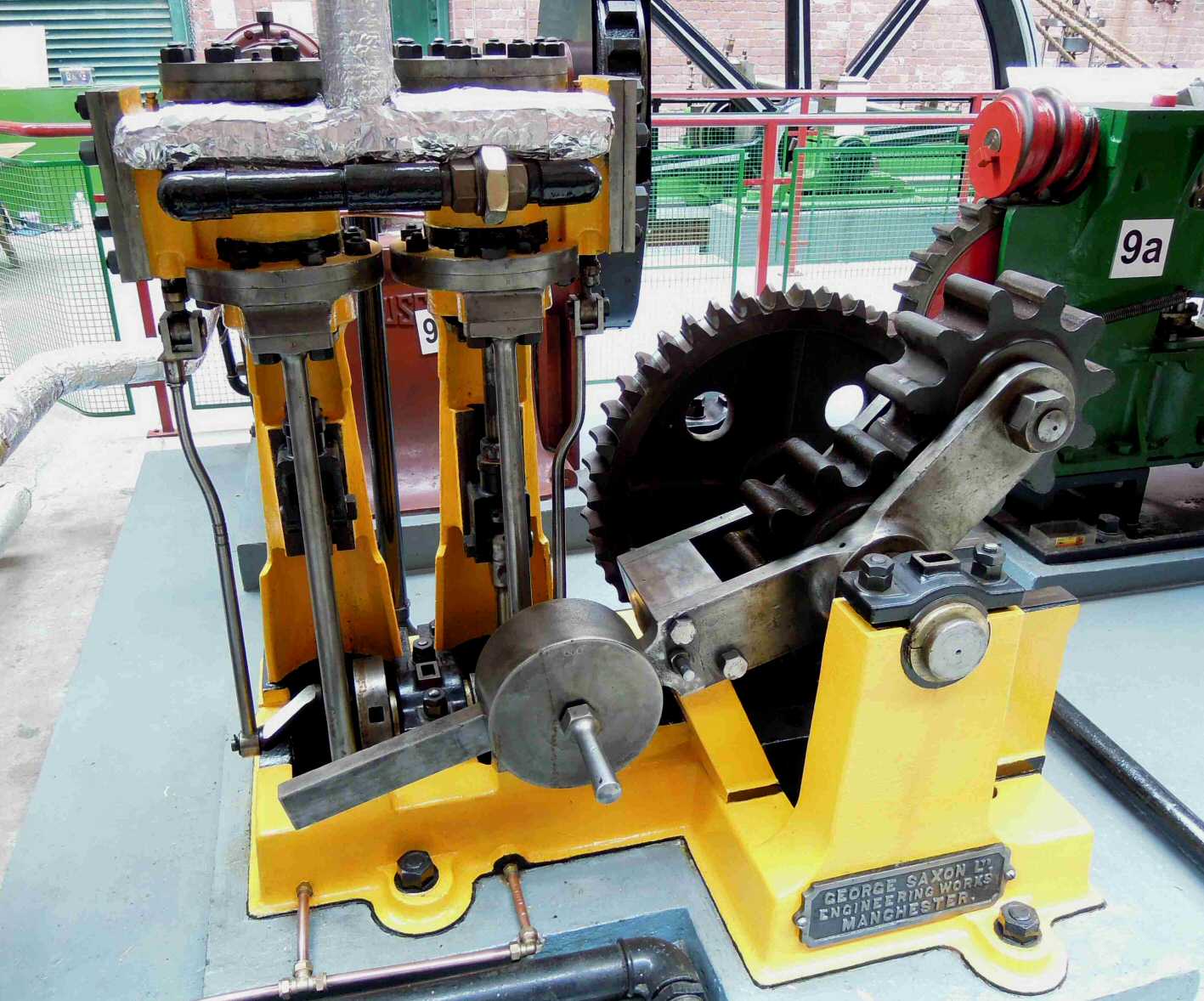 This twin cylinder engine was fitted to the 1300IHP four-cylinder triple expansion engine at the Hawthorn Mill, Chadderton Near Oldham and although the original engine dated from 1878, the main engine was modified by Saxons in 1909 and this engine may date from that time. 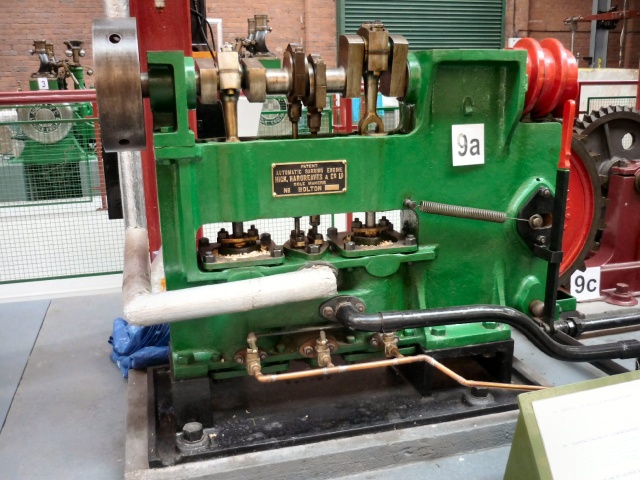 This engine was manufactured by Hick Hargreaves Ltd in Bolton and has recently finished a full restoration. Its age is unknown, although the patented design remained in use of many years. Hicks made many thousands of engines during their 100-year period of steam engine building, some of which at 4,000 IHP were the largest ever made for textile mill driving.

John Musgrave and Sons were another of the major steam-engine builders based in Bolton and this particular design of engine is believed to now be unique. It was rescued from the East Lancashire Paper Mill Ltd at Radcliffe where it barred. a very large 2000IHP uniflow engine, built in 1926. 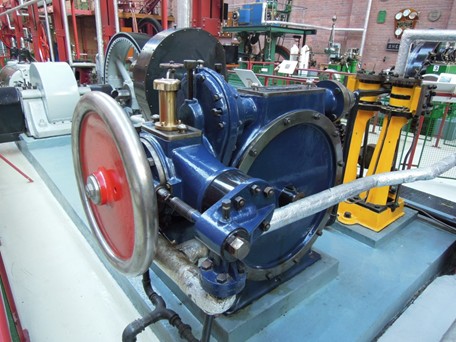 The design is a horizontally-opposed twin-cylinder layout, with each cylinder itself using the uniflow principle (ie it only has inlet valves; the exhaust steam comes out through a ring of ports in the cylinder wall, half-way down the stroke, as they are uncovered by the piston.)

A much earlier barring engine, also made by John Musgrave and Sons is also in the collection. This is much earlier type, dating from 1888, which used to turn the 71 ton flywheel of the large 1700ihp twin-tandem compound engine at Atlas No 6 Mill, installed by coincidence only some 100 yards away across the road from the museum. The engine was collected by the Bolton Museum Service in 1964 when the main engine was scrapped and kept in storage until donated to the Society in 2007. 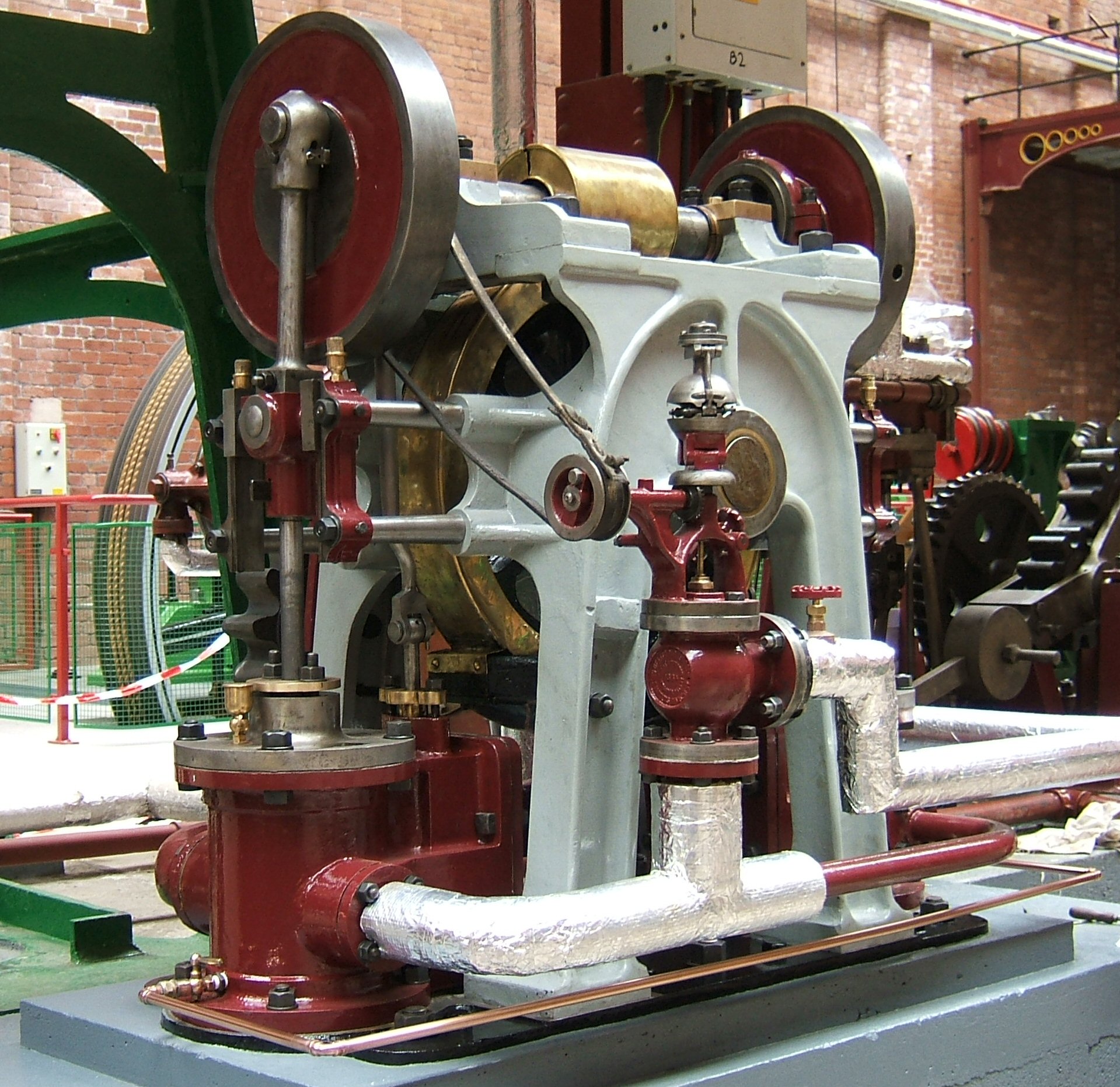 It has two identical vertical cylinders of 8 diameter and 8 stroke and, unusually for a barring engine, has its own governor of the Acme type.