The Diamond Rope Works engine was acquired in 1995. It is an inverted vertical compound design with cylinders of 14" and 30" diameter and a stroke of 30" developing about 250IHP. 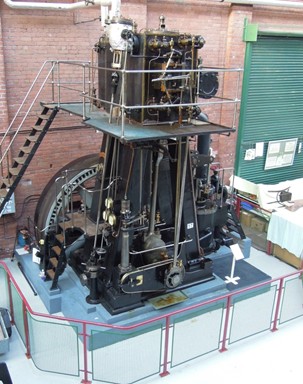 The HP is fitted with Corliss valves (see also Wasp Mill Engine) and the LP with a piston valve, which was a feature of this manufacturer's products. The "inverted vertical" layout obviously owed much to marine practice and was quite widely used in the textile industry from about 1900 onwards. No doubt the small floor area required for the engine-house was an attraction to customers, particularly if the engine was a replacement and had to be squeezed into an existing site. 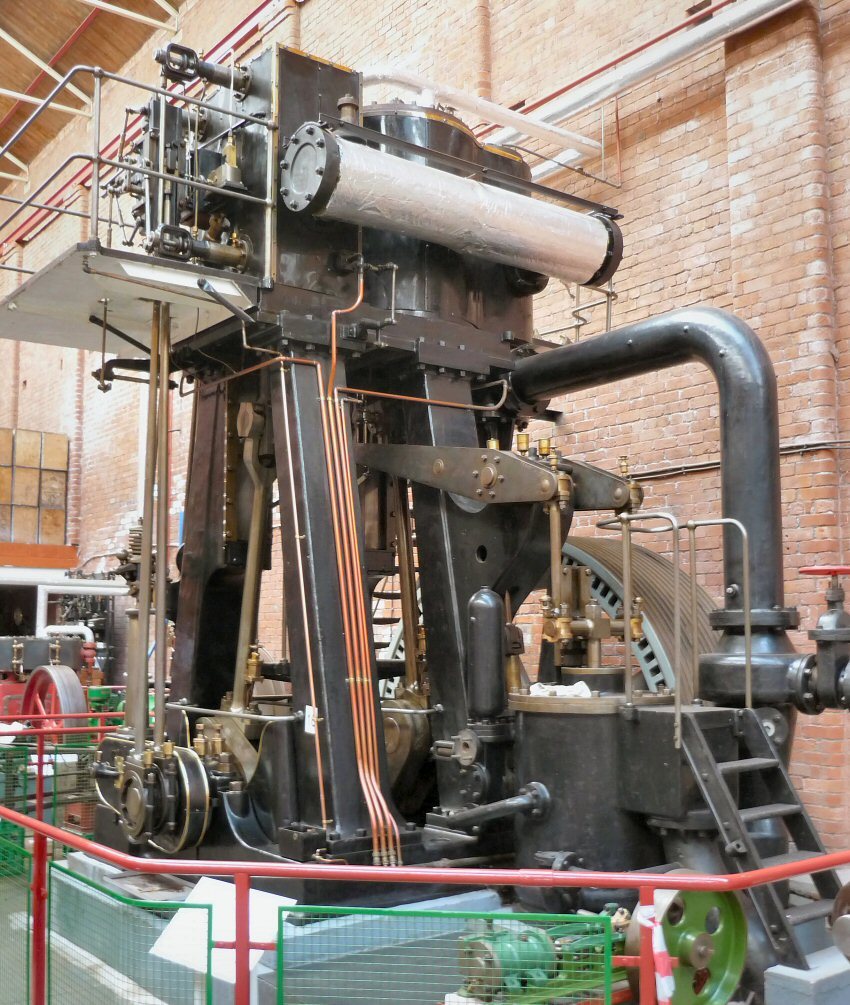 This is a relatively small example of this type of engine as some were made in very large sizes, up to 35ft tall and using three cylinders with triple expansion of the steam to develop 3,000 horse-power

Named "Lily", the engine was built by Scott and Hodgson of Guide Bridge in 1914 and supplied to Hardman and Ingham's Diamond Rope Works at Royton near Oldham. The company manufactured a wide range of ropes and twines using a trademark of two interlocking diamonds. The mill was badly damaged by fire in 1973 and the engine never ran again. 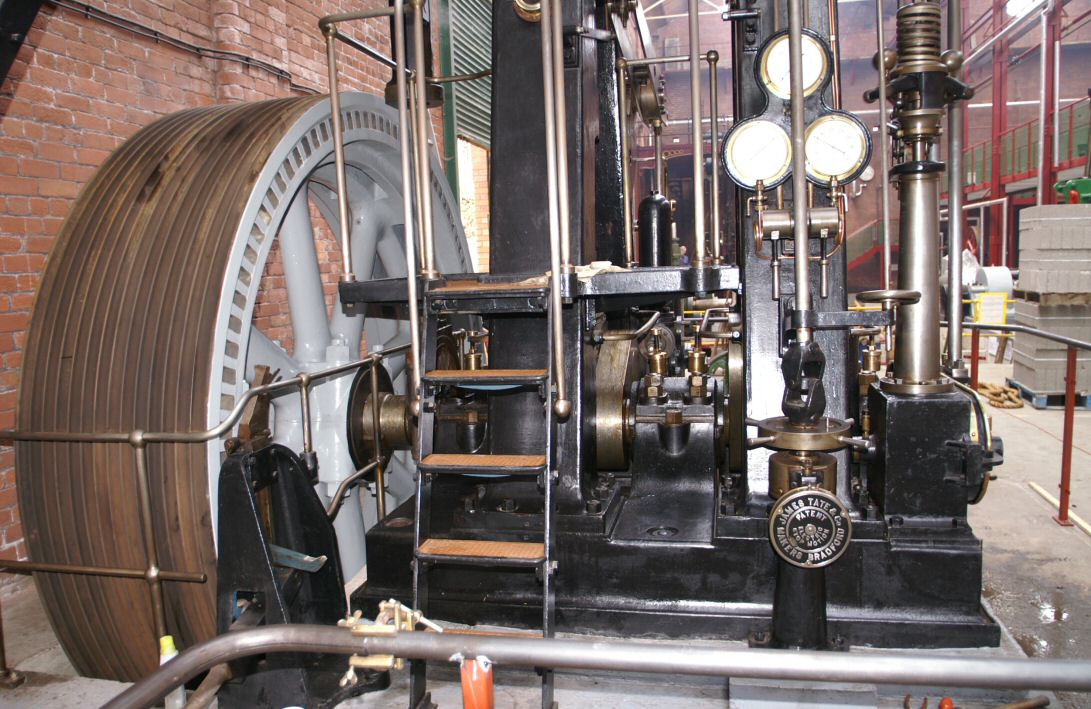 The Society had been associated with the care of the engine in-situ since the early 1980's but was only able to acquire it for the museum when the mill was demolished in 1994. Unfortunately, due to circumstances beyond the Society's control, the engine was removed in a great hurry by contractors who managed to cause quite a lot of damage. The first inspection of the engine components took place in a scrap-yard ! The broken main entablature casting had to be metal-stitched and other components had also suffered. However, amazingly, all the parts survived the ordeal and with some financial assistance from the Science Museum PRISM fund, the engine has now been fully restored. 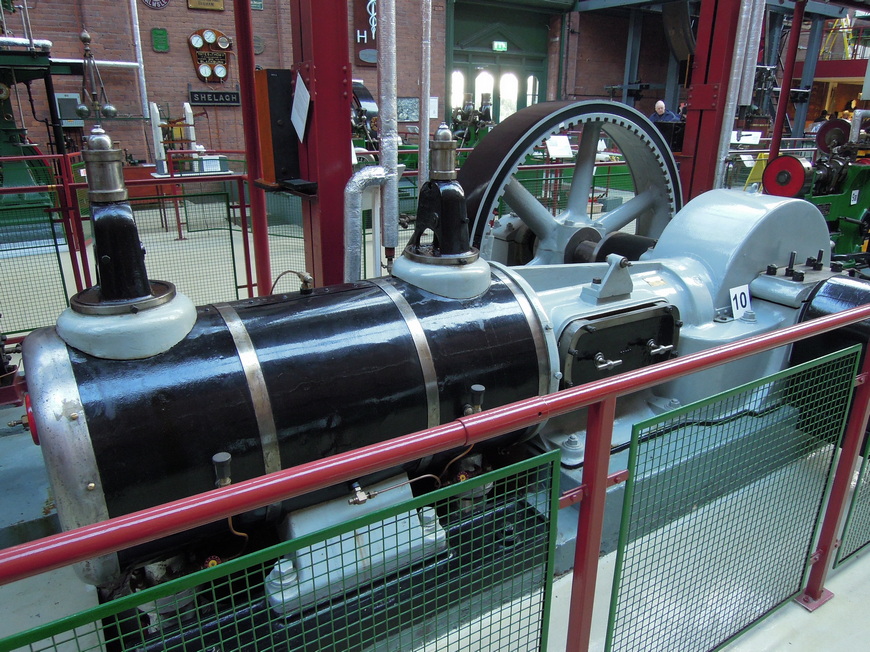